As is the case every six months or so, the tech world turned its collective eyes and ears toward California this week as Apple hosted another press event. This “Spring Forward” event focused primarily on the Apple Watch as well as some updates to the company’s highly sought after computers. However, the tech giant also revealed more details about its upcoming iOS automotive integration, Apple CarPlay. 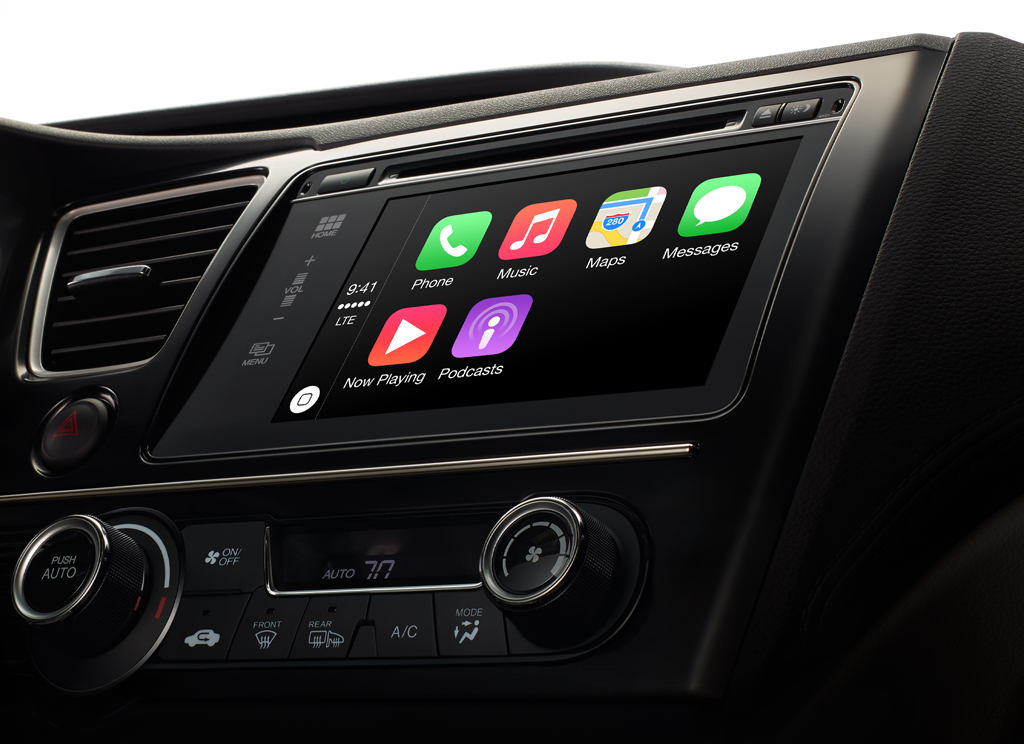 CarPlay is something you’ve probably heard of by now, as it was first announced around this time last year. Still, you’re probably wondering what CarPlay is, how it works, and whether it will work in your favorite brand’s cars. Hopefully we’ll be able to answer your questions with this post.

What is Apple CarPlay?

CarPlay is Apple’s solution to infotainment in vehicles. If you drive or have driven a car that was built in the past decade, chances are you’re familiar with the variety of touchscreens, buttons, and dials that make up a modern interface. The problem is these are all different, and in many cases, people have been found to wish for more seamless integration with their smartphones.

This is that seamless integration you’ve been asking for. With CarPlay, you can plug in your iPhone and the car will adopt iOS as its main interface. You’ll have access to iTunes, Apple Maps, Siri, and other compatible apps. You can even send and receive messages or phone calls, all via your car’s built-in systems.

How does CarPlay work?

Say you’re driving down the road and you get an incoming phone call. If your iPhone is plugged in, you can answer by pressing the phone button on your steering wheel. It’s your best friend and they need you to pick them up and give them a ride. With the address they give you, you press the voice prompt button on your steering wheel and ask Siri to give you directions. The route comes up on your car’s screen, and you can view and approve it either with the touchscreen or the knobs and buttons that control the display.

What is Apple CarPlay? Will it work in my car? All the answers to your questions are right here.

CarPlay makes use of all of your car’s controls while granting you the familiarity of your iPhone’s systems and functionality. You can use voice, touch, and buttons or knobs to interact with your phone just as you would your car’s default system. Think of CarPlay as an override of the basic system to give you access to the features and apps you’re most comfortable using on the go.

BMW is listed as one of the thirty-three brands supporting Apple CarPlay on the official page, but we don’t yet know which new models will include the feature. You can rest assured that we will keep you up to date as compatible models are announced.

It’s exciting to see this trend catch on so quickly, with so many major players taking the necessary steps to integrate this feature. We know some of you might be worried, though. Maybe you just bought a new car recently, or you aren’t currently looking for a new vehicle, but you still wish you could take advantage of Apple CarPlay. You do still have options. It’s possible to take the aftermarket route to CarPlay thanks to systems by Alpine and Pioneer.

We hope this serves as an informative primer on Apple CarPlay and the role it can play in personalizing your car even further. Let us know if you have any further questions.

If you’ve read this far and you still haven’t found a single answer you’re looking for, you might be an Android user, in which case none of this is helpful. Don’t worry, we’re planning another post like this one all about Android Auto soon. Check back regularly so you don’t miss it.

If you have questions about the technology in your BMW or a BMW you’re interested in, call or visit us at Leith BMW.

BMW i3 is an Investment in the Future, Infrastructure
Android Auto brings Google Now to the road