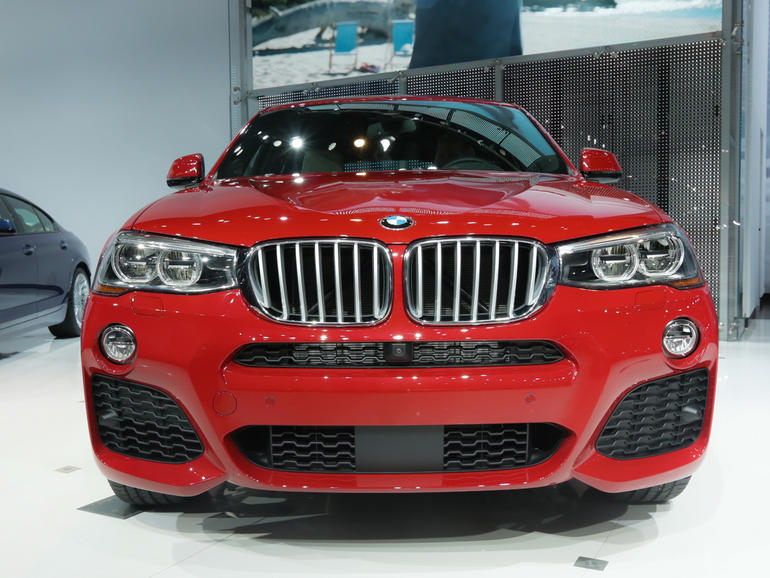 The New York Auto Show began yesterday, and as you would expect, BMW is out in force. Day one highlights go primarily to the all-new BMW X4.

While you might be quick to rush in and say that the X4 is to the X3 as the X6 was to the X5, you should pause and take a closer look at the newest SAV. Looking like a four-door coupe with greater ground clearance, the X4 has a very sporty swagger thanks to the rakish angle at which it wears its roofline. BMW is set to offer the new X in xDrive28i and xDrive35i variants. If you speak Bavarian, you know that means both trims will be all-wheel drive, one with the 2-liter four-cylinder engine and the other with the 3-liter inline six. Both will also be paired with an eight-speed automatic transmission.

There will be plenty of technology options, too – because it’s a BMW – and this video is a great resource if you want to see what those are:

If you want to see some floor photos of the BMW X4 at the New York Auto Show, we recommend the gallery in this CNET writeup. After you’ve become better acquainted, head back here and tell us what you think of the newest member of the X-series. Remember that Leith BMW is your source for all news from New York.