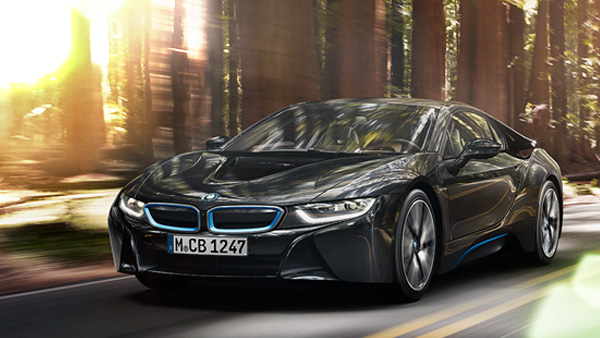 Last week, we showed you a leaked concept for the coolest key fob you might ever carry, but we’ve yet to say much about the even cooler car that it goes with. Lucky for us, Automobile magazine is giving us a reason to change that.

The BMW i8 has been awarded Automobile magazine’s Design of the Year for 2014. Having been simultaneously impressed and skeptical of the initial Vision EfficientDynamics concept shown in 2009, the folks at Automag are duly pleased with the simplification from show car to production model. With fewer curves, more understated wheels, and solid siding, the i8 is more coherent while remaining every bit as dramatic from every angle.

Indeed, most of the boldest designs of the concept remain in the production model, such as the doors that swoop upward to open and the slots that cut through the rear brake lights. Automobile lauded the i8 for being instantly recognizable as a BMW, while also looking nothing like any other car from present day. There’s a sort of duality inherent to this vehicle: a juxtaposition of boldness and conservatism, curvature and angle, sports car and hybrid. The i8 is an eye-catcher that will do more than make people stop and look. Its design represents a shift not only in the way cars will be made, but in the way they will drive, too.

That’s why it’s the Automobile magazine Design of the Year.

Read the full article in the January 2014 edition of Automobile magazine. The BMW i8 is available next year. If you have questions, leave a comment or contact us at Leith BMW.